Following from this post Servo Tester Modified, found a design for Servo Controller based on the NE555 Timer IC.

The original idea has been kicking around and languishing in a A4 Box File for at least 22 years!

Updated and uprated the components.

Transistor changed from the original one in the design.

Eventually settled on the Presets,  better overall control for the Servo movement.

Additional capacitor, and changed all the resistors to 1% tolerant type.

Does require a stable and reliable 5V regulated power supply.

Operation to activate, same as the Servo Modified Tester, switch or Optocoupler to make the connection. 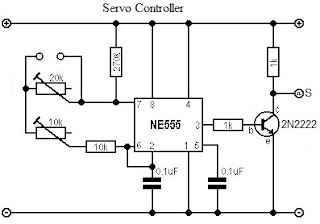 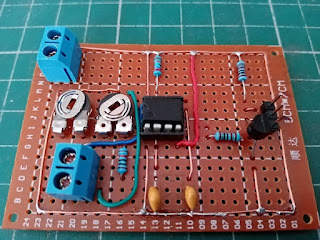 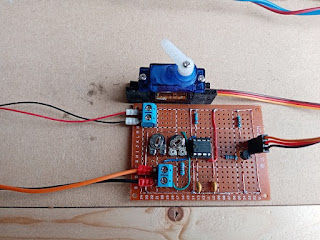 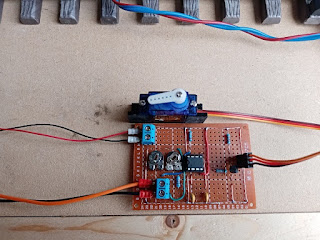 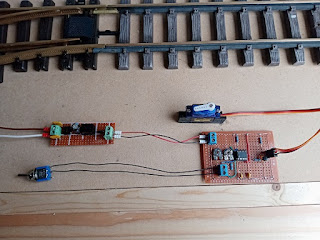 Operation by a On/Off switch, to activate Servo movement. 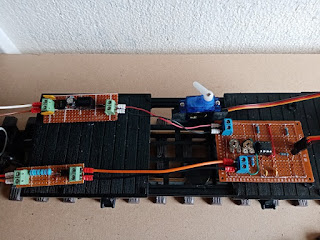 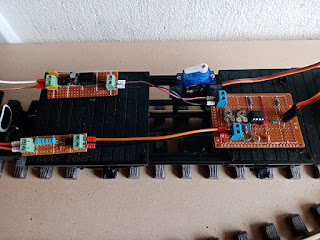 Stripboard PCB, Red and Black wires for connections to the 5V power supply, Orange and Black from the  LGB 55021 decoder F1 Function Output and GND, 3 pin connection to a standard Servo. 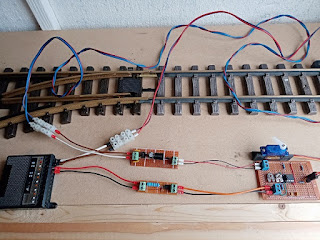 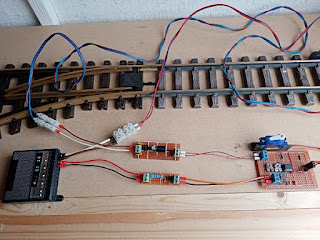