From a previous Blog Post on the A3144 Hall Sensor, the Hall Sensor device cannot directly switch a large electrical load as its output drive capabilities is limited to 25 mA.

For large current loads an open-collector (current sinking) NPN or PNP Transistor is added to the output. 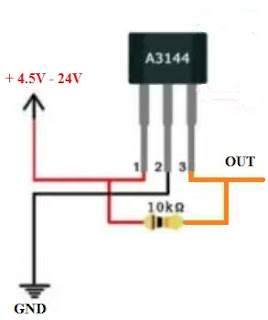 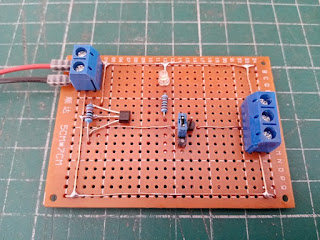 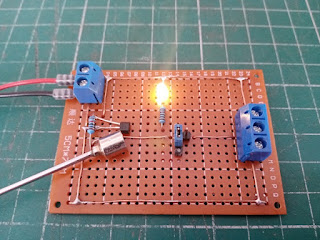 Test PCB built to understand correct operation of the A3144 Hall Senor.
When activated, Negative output to a LED, shunt jumper to transfer the output to further building blocks, for testing with devices requiring a Negative input. 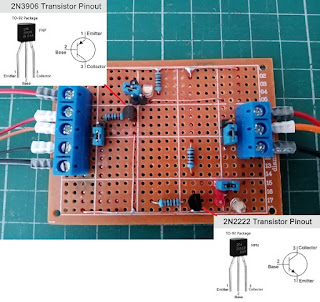 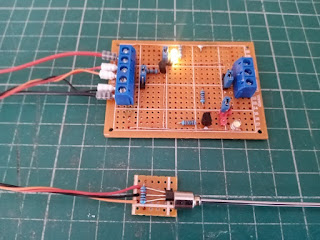 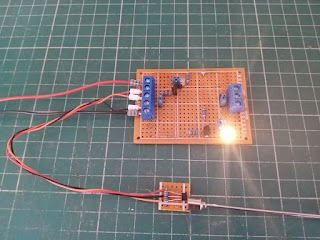 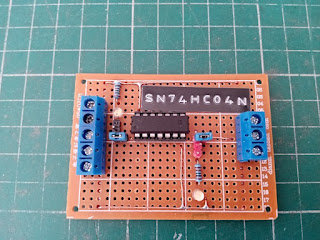 SN74HC04N, Hex Inverter, for converting the Hall Sensor NEG output to a POS output for connecting to other building blocks. 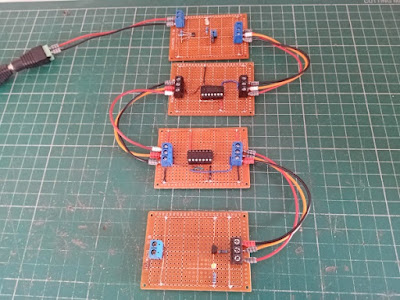 Top Board, Test PCB, shunt jumper in place for NEG output.
Second from top, SN74HC04N Hex Inverter, NEG input from the Hall Sensor NEG output, converts to a POS output.
Third from top, POS output from the  SN74HC04N to the POS input of the CD4013BE  'D' Type Flip-Flop configured as a Toggle On/Off.
Bottom Board, reinforced/amplified output, LED to prove circuit.
First pass with a magnet over the Hall Sensor, the CD4013BE output will 'latch ON', LED will stay in this state indefinitely,  UNTIL, a second pass of a magnet over the Hall Sensor which will now turn the 'latch OFF', LED now OFF.
Multiple Hall Sensor can be connected in parallel, using two for example in different locations, one to turn the circuit ON, another one to turn the circuit OFF. 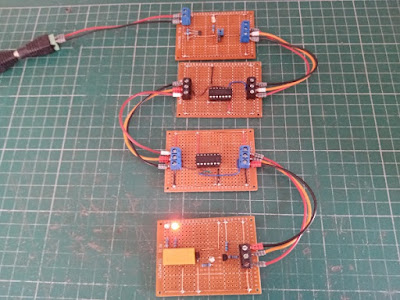 Normal non latched DPDT Relay, working as a latched DPDT Relay.
Numerous ideas, circuits and off the shelf modules can be found in other Blog postings.
The 'building blocks' are tried and tested, and their origins were thought through for multiple types of input, Servo, Reed Switches, Hall Sensors etc.........., and POS or NEG outputs.
By using a variety of 'building blocks', the only limitation is one's lack ingenuity! 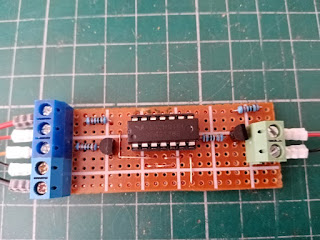 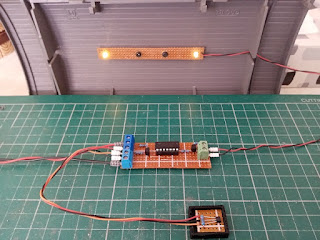 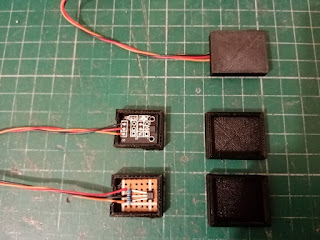 3D printed housings, purely functional, testing to find optimum for reliable operation.
For outdoor use, covering in Spray on Liquid Electrical Tape over the PCB and components, 3D printed parts to be sprayed will Filler Primer then a top coat black paint.
Older Posts Home
Subscribe to: Posts (Atom)